A NEW JOB, A FAMILIAR PLACE, A FANTASTIC NEW ADVENTURE 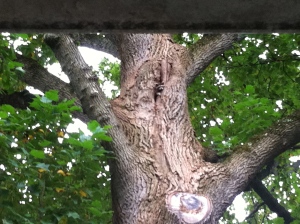 From behind a window on the second story of our house, I watched a racoon drop into the nook of our Tulip Poplar, the massive tree in our new front yard.  We were all settling in, it seemed. The racoon family in their high perch, the kids at school, and me into my office in the attic, where I was spending my days working on various freelance writing and editing projects. I was so busy with said projects in fact, that I wasn’t even looking for another client. Certainly, I wasn’t job hunting. I figured I’d see how the first year of freelancing in DC went, then asses the situation.

Then, a little over two months into our new DC-lives, dear L called. She’d just landed a new job and told me about an another opening at her super-cool spot. The job, she said, sounded right up my alley:

I sucked in my breath. I’d always wanted to work there. But, of course, I did some research on it, I wondered how I’d do this job and be a mom, oh and those other things I do (Iceland Writers Retreat! Ever After Studio!). But I knew, instantly, that I had to apply. And after I met the kid’s team (interviewing with 7 people), I knew it would be a good fit. They thought so too.

This week, a nanny hired, a schedule arranged, a new pair of congratulations shoes purchased, I started at The Society (as they say) and I’ve already got a long list of books that I’ll be editing, with many more to come. The fantastic new adventure is underway and I’m thrilled. But what of the other projects you say? Don’t worry. Of course, the Iceland Writers Retreat is going on as planned. Of course I’m still involved.  And yes, it’s great synergy that Andrew Evans, a National Geographic Traveler Digital Nomad, is one of our featured speakers. As for Ever After Studio, that too will go on. Amy Novesky will scale up, and I’ll scale back. I’ll be involved in the EAS projects that are ongoing and still in the works. And going forward EAS will be more selective about signing up new projects—doing only a small assortment of things EAS loves and does best. And all my various other freelance projects are now basically complete—after my extra efforts working overtime to get them out the door before the new job started. And too, there’s my own creative writing, which now will be relegated to an evening a week after the babes’ bedtime or precious hours stollen here or there.

But even with the complications of a full time job and with my other projects, I’m nothing short of delighted to have landed in a place known for explorers, beautiful maps of hard-to-reach places, and books that attract reluctant readers and engage kids by depicting the marvels of our planet.

7 Responses to A NEW JOB, A FAMILIAR PLACE, A FANTASTIC NEW ADVENTURE